The mission of LegalPRO Systems is to help bankruptcy professionals to do great work. We do this by developing industry-leading easy to use software, supported by friendly and knowledgeable support professionals. We offer both desktop and cloud-based software to completely input, calculate, file, and manage bankruptcy cases and offer virtual paralegal services to assist firms either on a temporary or full-time basis.

Charles A. Fielder, III (Charlie) founded LegalPRO Systems, Inc. in 1985. His goal was to assist bankruptcy practitioners file cases more efficiently and it started with a DOS program called Scribner, which created the most basic forms of the time (there used to be only a couple of forms to file!). 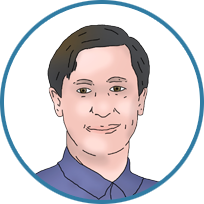 With the advent of CM/ECF and the Windows operating system, BankruptcyPRO® was born in the 90’s and was even more helpful as it could generate the official forms into PDF files needed by the courts, calculate the exemptions, and handle Chapter 13 plan calculations.  BankruptcyPRO has since been used by firms all across the United States to file well over a million cases and counting.

Next came DoingTIME® in 2002, our time-and-expense and/or flat fee billing program, which works well for any type of practice. One special bankruptcy-related feature is the ability to track payments due from the Chapter 13 trustee so you can see when you’re not getting your payments and follow-up. It is extremely useful in preparing fee applications and monthly statements, tracking your time to see how you’re doing against a flat fee rate, and handling trust accounts as well.

In 2006, we released I-Got-Notices® to deal with the onslaught of electronic noticing. In the very early days of bankruptcy filing, notices were handled by chisel and rock. Next paper notices were mailed via the USPS and staff spent hours opening the mail, filing the documents, and making copies.

That is not the case any longer; with the advent of CM/ECF, courts began electronic noticing via e-mail, but the process was still labor intensive with staff having to sort the email, click on links, save PDF files and keep them well organized and easily found. We rolled out I-Got-Notices to automate the process and it was an instant success, which has been imitated several times since.

Charlie passed away in February of 2011 and he left ownership of the company to his trusted employees so the transition, other than a lot of sadness, was pretty seamless.

Soon, the company took a slightly new direction by first increasing support and development staff and secondly, committing to the development of an all-new cloud-based bankruptcy platform. Moving to a cloud-based system that could be run from Mac just as easily as it could be from Windows, and on mobile devices as well, required the acquisition of a new development team and a completely new software development platform.

After four years of planning and preparation, LegalPRO released Jubilee® in September of 2016. Jubilee is one of the first truly 100% cloud-based bankruptcy platforms that can be run on a Mac, a tablet, or a PC, and has many general case management features that can be used in other areas of practice as well.

The Jubilee cloud platform has now duplicated all the functionality of our desktop products and then some with the additions of Notices, Legal Payments, and Messaging. Jubilee was built from scratch to be fast and easy to use with our very first firm completing their first filing from start to finish without a single support call. Just like with our desktop products, much of the functionality of Jubilee is the result of user requests and feedback.

As we march onward, LegalPRO Systems continues to remain strong and committed to providing great software and customer support. We are a company that is not too big, not too small, but just right for being both responsible and responsive to our clients’ needs.