Need a Local Form in FlashDOCS? Let us know

There are over 90 bankruptcy courts throughout the United States with different local requirements and local forms.  LegalPRO has added hundreds of local form templates into FlashDOCS®.  These templates are available to you at no charge from the Internet Tab in FlashDOCS in your BankruptcyPRO.  If there is a local form required in your district that you do not see listed on the Internet tab in FlashDOCS, send us the details about the form by clicking here. 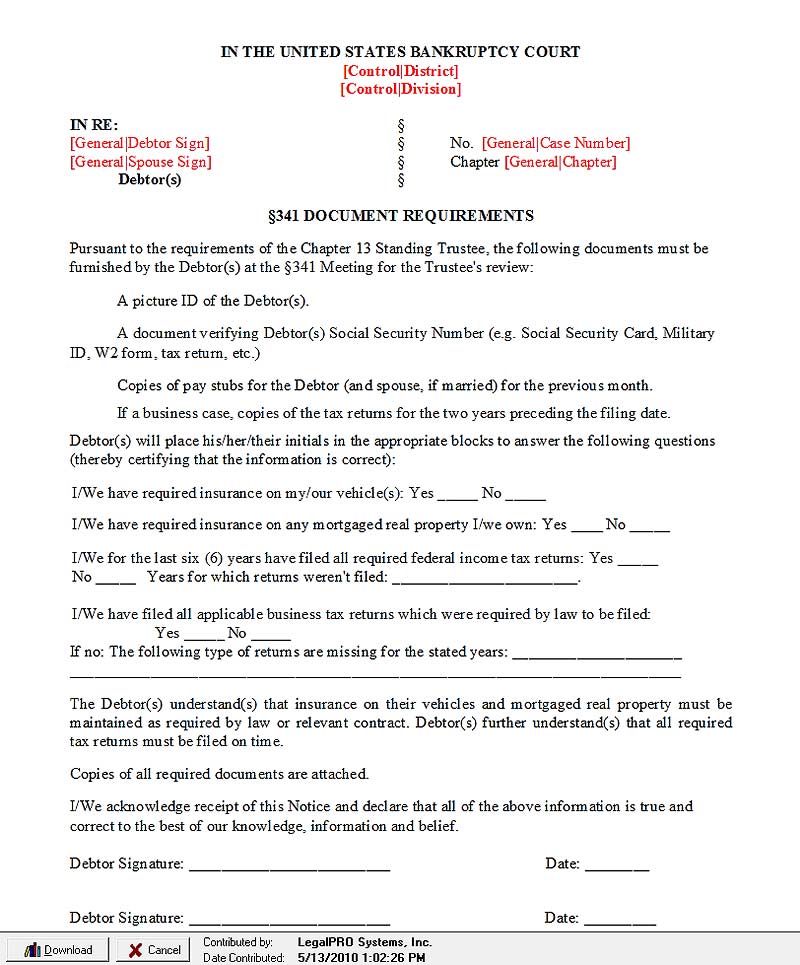 Click on image to see an example of a 341 Documents template in FlashDOCS.

Never used FlashDOCS before? Then you are missing out on one of the most powerful tools INCLUDED in BankruptcyPRO® that can help you streamline your practice.  FlashDOCS is a built-in merge capability that can use data you have already entered in your cases and automatically populate your standard internal forms.  This cuts down on copy/paste errors and transpositions.  Some examples of why you should be using FlashDOCS include:

What Users Have to Say

“Customer service is always personable and available when needed.”